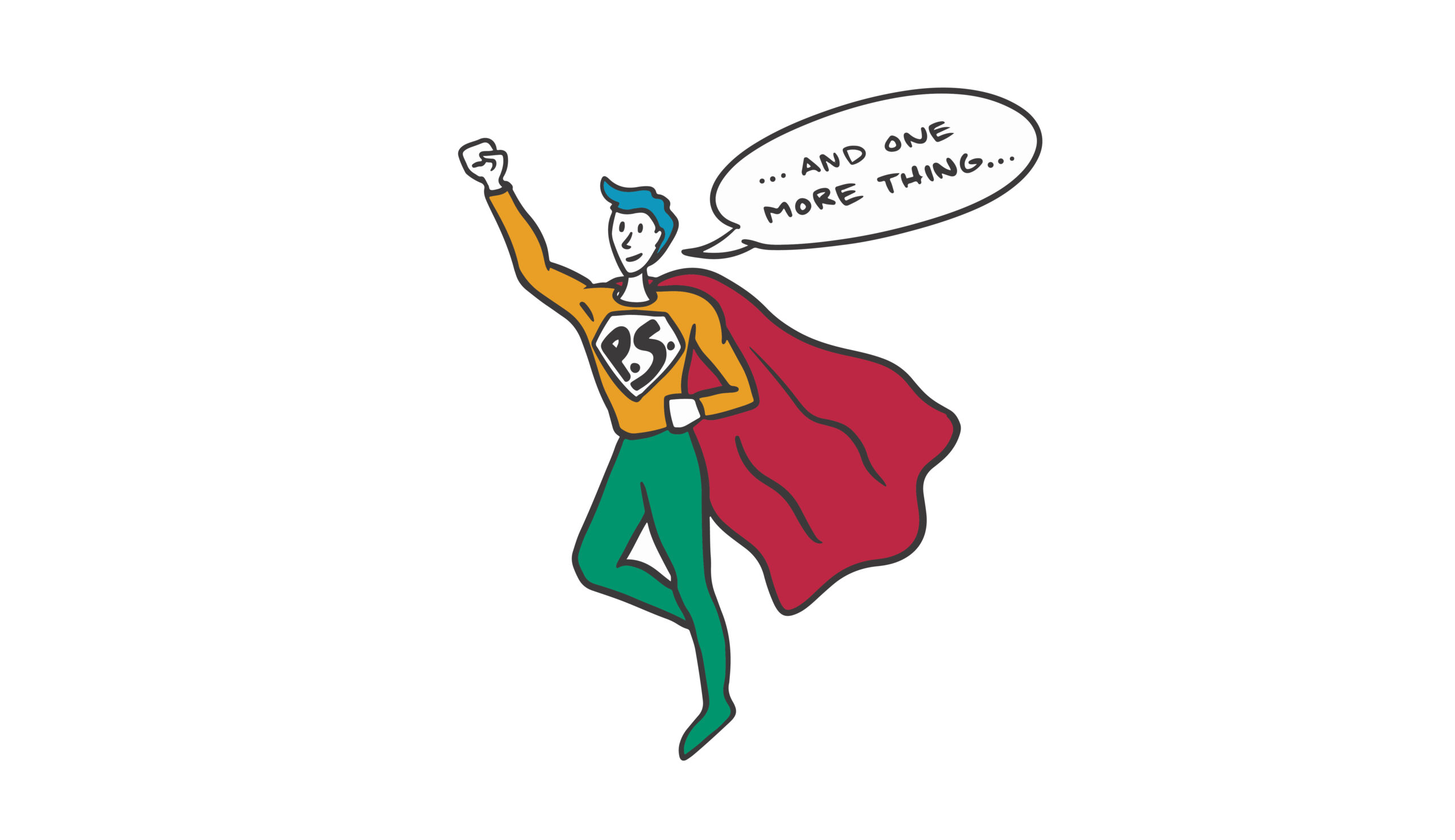 The Power of the P.S.

Whether you’ve written an email, letter, blog post, or landing page, most of your readers won’t read the whole thing—no matter how well you write.

99% of the time, your readers aren’t reading every single word on the page. Most of your readers skim it. After they scan the page for interesting information, they might decide to give it a thorough read-through.

So how can you communicate clearly with those who don’t read every word?

An unbroken wall of text is your enemy.

The postscript or P.S. is one of many tricks marketers use to grab a reader’s attention—and it’s the focus of today’s blog post. When used correctly, the P.S. is one of the most powerful tools in your copywriting arsenal. In today’s blog, you’ll learn 3 reasons to include a P.S. in your marketing and how to use it effectively!

In traditional letter-writing, a P.S. is a message written after a letter has been completed and signed. It might be an afterthought, something the writer forgot to mention in the body of the letter. Maybe something interesting happened after the letter was signed but before it was sent, and the writer couldn’t wait to tell the recipient.

Imagine you’re writing a letter to your sister. You’ve signed it, and you’re ready to seal the envelope. Before you seal it, you remember—you saw a beautiful bird feeder at the craft fair, and you’re sure your sister would love it. You pull the letter out of the envelope and jot down a quick message to tell her you got her a gift. Now you’re ready to seal and send the letter.

A P.S. is informal, urgent, and intimate. A P.S. says, “Even though I finished my letter, I kept thinking about you.”

In marketing, a P.S. functions a little differently.

Chances are you’re not sending your audience handwritten letters. If you have an afterthought you want to include, you can use your word processor to add it to the body of the letter. In the digital age, you don’t use a P.S. out of necessity.

So why use it?

Here are 4 great reasons to use a P.S. in your marketing materials:

Some evidence suggests people will read a P.S. in an email before they read the body of the email!

Even though you don’t need a P.S., you can still leverage its connotations in your writing. Your reader might know the P.S. is unnecessary—but that doesn’t stop it from feeling important, urgent, and personal.

Readers who skim typically read headlines, subheadings, bolded phrases and sentences, bulleted lists, and the P.S. The P.S. is your final opportunity to grab their attention and convince them to take action.

Now that you know what a P.S. is and why you should use it, let’s look at practical ways to make your P.S. more effective.

According to Efferent Media, the most successful postscripts in email marketing include urgency, a CTA, and added value (“The Bonus”). You might not be able to include all 3 of these elements, but it’s best to try.

Maybe you have more than one angle you want to try in your P.S., or you’re struggling to keep your P.S. short and sweet.

Consider using a P.P.S., a post-postscript.

A P.P.S. is a bonus message that follows your P.S. It includes a final CTA or reminder about a deadline. It’s especially useful if your P.S. is getting long but you still have more you want to tell your reader.

Some tips to keep in mind:

Maybe you’re including a P.S. in your letters and emails, but you’re still not seeing results. Schedule a call with Sigl Creative, and we’ll talk about ways to improve your marketing strategy through mail, email, and other channels. We’ll help you communicate clearly and concisely with your audience so you can focus on growing your business!

PrevPreviousCopywriting for Beginners: A Marketer’s Guide to Punctuation
Next5 Strategies for Increasing Your Store TrafficNext