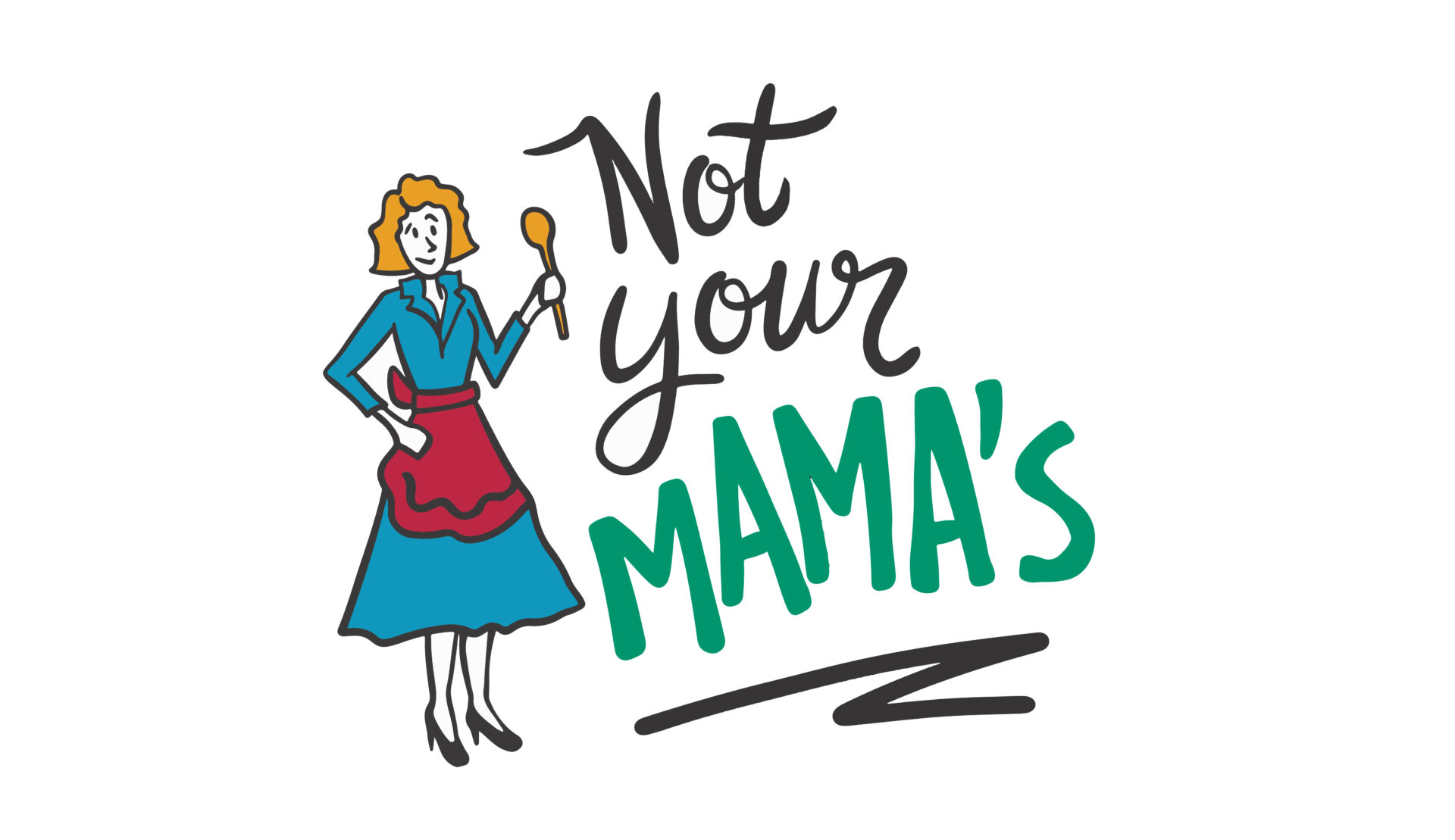 The New Influencers: Not Your Mama's Influencer Market

If you’re a Millennial, you (or your mom!) probably remember the rise in popularity of Air Jordans, the famous basketball shoes produced by Nike exclusively for basketball legend Michael Jordan in 1984 and then released to the public in 1985.

When your mom thinks about “influencer marketing,” she probably has in mind a partnership — like Jordan and Nike’s — where someone famous endorses a brand.

“In the past, the role [of a spokesperson for a brand] was often filled by movie stars, athletes, musicians, or others with access to a large audience thanks to traditional publishing and media distribution channels,” wrote Daniel Burstein, Senior Director of Content and Marketing at MECLABS Institute. “Today’s influencers have a far more direct relationship with their audience, and often use their own channels in marketing partnerships.”

What does the “far more direct relationship” that Burstein mention look like though?

Today’s influencers are more accessible to their audiences than celebrities like Michael Jordan or Taylor Swift. They aren’t bombarded by millions upon millions of fans online. They aren’t limited to the platforms of traditional publishing and media distribution channels — they’re on platforms like TikTok, YouTube, and Instagram. Many will regularly answer direct messages and interact with followers in their comments section too.

An influencer’s audience is more likely to trust them than a celebrity far removed from their daily life. For example, the New York Times reported in December that only 19 percent of Gen Zers said, “celebrities influence their purchasing decisions.” Instead, Gen Zers are more likely to invest in brands recommended by people they trust like family, friends, or their favorite influencers on social media.

This is good news for you if you own a small business and have little or no access to celebrities.

Most of our clients don’t. They’re people like you trying to navigate the constantly changing landscape of digital marketing.

Today we’re sharing some pointers for finding the right influencers to market your product or service. Make sure you come back next week because we’ll share more about how these partnerships work after you’ve identified some potential influencers to spread the news about your brand!

The Right Partnership for You?

Joel Matthew, President of Fortress Consulting Group, makes some important distinctions at Forbes between celebrity endorsements and influencer marketing: “… influencer marketing does more than just attach a well-known celebrity to a brand. Influencers must be trusted figures within a niche community and retain a loyal following. In addition, they typically possess knowledge or experience about what they are advertising.”

Let’s break down his description of influencers — it’s a good one to consider when choosing the right ones for your brand.

1. Influencers are trusted figures within a niche community.

The first and biggest distinction: influencers have influence “within a niche community.”

Your goal is to reach new prospective customers within your target audience, so considering an influencer’s niche community is crucial when choosing who should promote your product or service.

You should have a clear picture of your target audience. When you do, you’ll also have a better idea of the niche communities they participate in online. Then you can identify influencers who speak to those communities.

For example, you’re not going to partner with an influencer whose focus on Instagram is home design and organization if your goal is to reach new customers with your line of natural beauty products. There might be some overlap, but the return on investment will be lower than a partnership with a health-and-wellness blogger or cosmetics connoisseur.

Matthew also says influencers should be “trusted figures” within their niche community. Having influence alone is not enough. You want to find influencers your target audience trusts — and you can trust too!

More on finding influencers you can trust in a moment. Let’s return to Matthew’s description.

“Your audience must trust and respect the opinions of the influencers you partner with. Without the trust component, any results will be superficial. You’ll struggle to see a tangible business impact from your efforts.”

“How do you tell if your potential influencer is trusted? Engagement. You want to see plenty of views, likes, comments, and shares. Specifically, you want to see these from the precise follower segments you’re trying to reach.

A good engagement rate also means a loyal following rather than an inflated follower count bolstered by bots and fraud accounts.”

“The tone must also be appropriate for the way you want to present your brand to your potential customers. This will ensure things don’t feel disjointed in either party’s social media posts.”

As we mentioned, you should partner not only with someone your target audience trusts but also with someone you can trust. Although trust takes time to build, you can look for some marks of integrity before exploring a partnership further.

Check for bots and fraud accounts like Hootsuite suggests in their blog. Sadly, influencers and brands even buy fake followers. A quick Google search will turn up solid advice on how to spot these accounts like this blog from Sprout Social. These partnerships aren’t for you.

Make sure an influencer’s account is not overrun by influencer marketing already. Chances are they’re quickly losing rapport with followers if this is the case. Look for influencers whose posts aren’t limited to one paid post after another. Their social media feeds should have plenty of engaging content that provides value for their niche community — and yours!

A final mark of integrity is an influencer’s transparency. Are they willing to follow the guidelines of the Federal Trade Commission (FTC), which says they must identify sponsored posts?

Look at past paid advertisements and endorsements. Did they disclose the partnership with a statement in their video or hashtags like #ad and #sponsored? Read more about the FTC’s guidelines and other great pointers for finding the right influencer here.

3. Influencers possess knowledge or experience about what they’re advertising.

Imagine you’ve been following a health-and-wellness influencer on Instagram for several years. She has almost 100,000 followers and shares about her journey to health with consistency and transparency (as best you can tell).

One day she recommends a new skincare line she’s using because it doesn’t have the hormone disruptors a lot of other skincare products have, and she’s talked about her struggles with hormone irregularities in the past.

You’re more likely to try her new skincare regimen because she has firsthand experience with hormone imbalances and has learned a lot about how to solve this problem.

When looking for an influencer, you want to find someone with knowledge or experience that overlaps with the product or service you want to promote.

Consumers are becoming increasingly skeptical of brands and their marketing tactics, and building trust is crucial. Advertising through influencers allows brands to promote through someone that a niche community watches, engages with and trusts on a daily basis. So, instead of being skeptical of a commercial or social media ad, consumers are trusting that if their influencer of choice loves the product, they will too.

People are more and more aware of inauthenticity online. Your marketing efforts will go a long way if the influencers you partner with have 1) genuine knowledge of your industry, 2) positive experiences with your brand, and 3) excitement to share your product or service with their loyal following because it helped them solve a problem they were facing too.

Although celebrity endorsements are still a popular marketing tactic, the Internet has created opportunities for more strategic partnerships for small and large businesses alike. Now that you’re more familiar with influencer marketing and how to find the right influencers for your brand, look for our email or visit our blog next Monday! We’ll share more about how influencer partnerships work and where to start.

We know strategic marketing efforts like this take a lot of time and effort you or your team might not have. Schedule a call today if business has your hands full already. Our team at Sigl Creative will craft and execute a digital marketing strategy for your brand so you can focus on pursuing your passion!