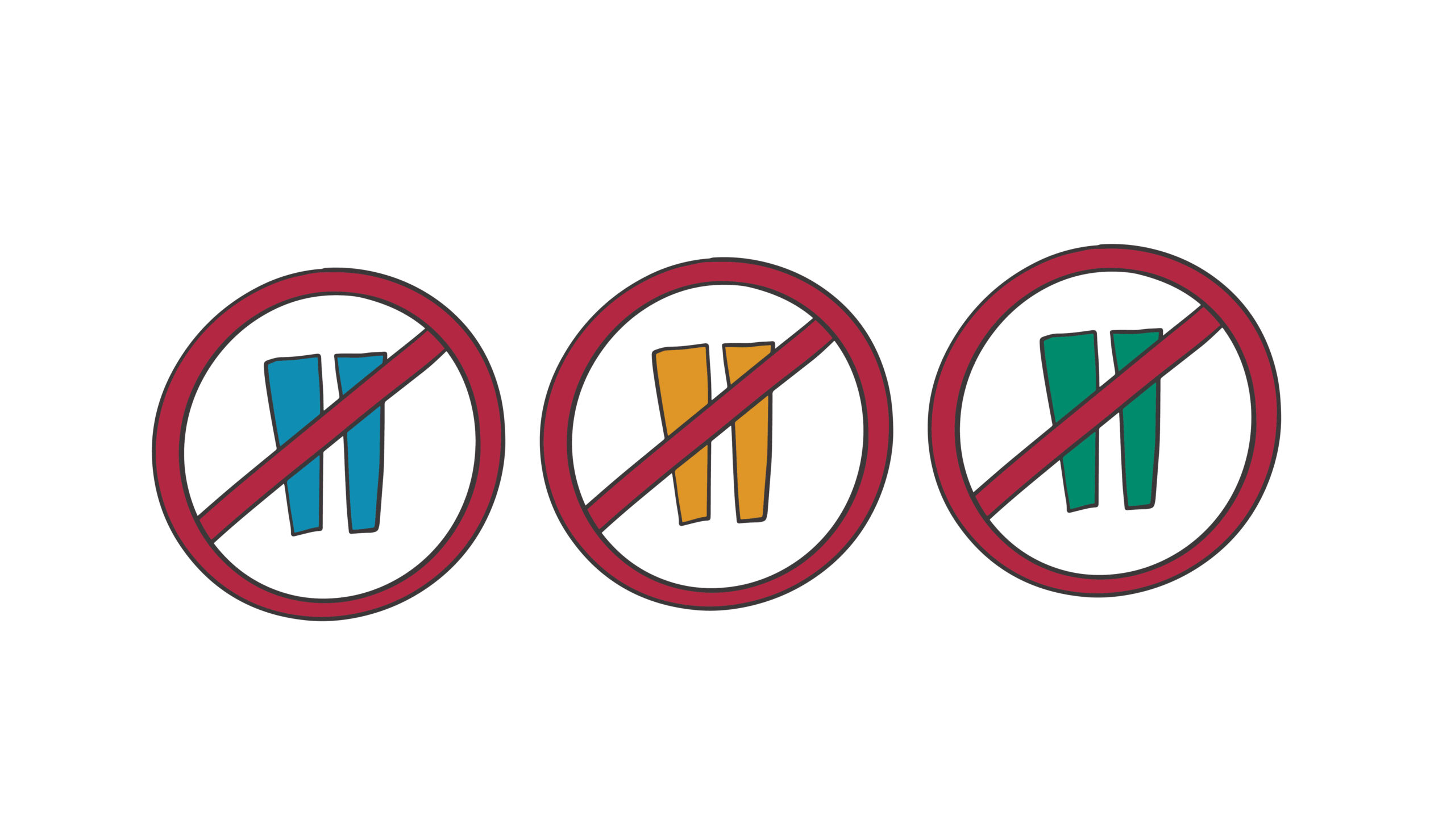 The Copywriting Mistake You Didn’t Notice You Were Making

Let’s play a game of spot-the-difference:

“It’s perfectly normal to have strong feelings about punctuation,” said the Sigl copywriter.

"It's perfectly normal to have strong feelings about punctuation," said the Sigl copywriter.

See what makes those two sentences different? Congratulations! You might have what it takes to be a copyeditor.

If you think those two sentences are exactly the same, there’s a good chance you’re making a mistake in your copywriting. In this blog post, we’ll tell you one of the most common copywriting mistakes most people don’t realize they’re making—and how you can fix it.

“Smart” vs. Straight Apostrophes and Quotes

Neither of these styles is strictly wrong—straight quotes don’t go against any grammar rules, even if they annoy most editors.

The problem comes when you mix straight and smart quotes like this:

“It's perfectly normal to have strong feelings about punctuation," said the Sigl copywriter.

Mixing straight and smart quotes is a sure-fire way to make your copy look lazy, haphazard, and unprofessional (and to annoy any copyeditors who might be in your audience).

Why does your computer even have the ability to mix these two forms of punctuation? It has to do with coding, typography, and advancements in how computers read and produce text.

In the early days of computers, most programs relied on ASCII, a very limited set of typographical characters. Rather than using separate characters for opening and closing quotation marks, ASCII uses a single character: the straight quotation mark ("). The same goes for single quotes, which also function as apostrophes.

As computers have gotten more advanced, more characters are at our disposal. Almost all programs can display curved quotation marks and apostrophes. Unfortunately, all programs can’t make it easy to type curved quotes, leading to instances where some of your quotes are smart and others aren’t.

Most word processors have a “smart” feature that turns straight quotes into curly quotes automatically. That’s why many people call curly quotes and apostrophes “smart” quotes. (Some people even go so far as to call their straight counterparts “dumb” quotes.)

You can read more about the history of curved and straight quotes in this piece from the Atlantic.

When you write copy in your word processor, it will most likely have curved quotes. But if you write directly into an email management system, design program, social media platform, or the CMS of your website, your quotes will almost certainly come out straight.

How to Fix Your Quotes and Apostrophes

Fixing your errant straight apostrophes and quotes is simple, but it can be a bit tedious. The first step is to make sure your word processor is set to produce only smart quotes:

Try to type most of your copy in your word processor rather than directly into a design program or content management system. That way, you can be sure your quotes will always be smart.

If you need to type on any program besides your word processor, there are a few solutions you can try. First, you can use UTF-8 or Unicode to generate the correct punctuation marks. Smart Quote for Smart People has instructions for producing smart quotes on all kinds of operating systems.

Or you can use the less elegant—but equally effective—solution of copying and pasting.

It’s important that you strip the punctuation marks of formatting in Notepad, or else you might mess up your paragraph styles or fonts.

Most of your readers probably won’t notice your straight apostrophes and quotes. Why should you go out of your way to fix these quotation marks that most people won’t pay attention to?

Copywriters (and other people who have strong feelings about punctuation), may tell you “because smart quotes look better” and leave it at that. However, the issue is more complicated than just aesthetics.

The punctuation, fonts, and typography you use communicate with your audience, whether you realize it or not. These tools help establish your tone and set your readers’ expectations.

Remember that smart quotes are sometimes called “book quotes.” Though straight quotes are increasingly common in the online world, smart quotes are still the preferred style for print media. Using smart quotes is one way your brand can establish credibility and professionalism, adhering to the guidelines of major publications.

Straight quotes, on the other hand, can make your copy seem unprofessional, laid-back, and even lazy. Straight quotes are common in social media, texts, and other digital communications. If you use straight quotes outside of those perimeters, be prepared for your copy to look less professional and refined.

Copywriters and editors might tell you that smart quotes improve readability, but there’s not a lot of data on the subject.

There is a long-standing debate about the role of serifs in text legibility. Serifs, those ornamental accents that appear on some fonts, may help the reader stay on track by guiding the eye from left to right. They act like tiny visual landmarks or road signs, pointing the reader’s eyes in the correct direction.

Smart quotes fall into a similar category as serifs. The curvature of the quotation mark may increase readability, as the quote visually and functionally leads into the quoted text.

Unfortunately, the jury is still out on serifs, smart quotes, and readability. There aren’t enough studies either way to give us a definitive answer, and the shift to using sans-serif fonts in digital media complicates things even further. But even if smart quotes don’t aid readability, they certainly don’t hurt it.

Consistency is perhaps the most important reason to use smart quotes. You wouldn’t change fonts, paragraph spacing, or text size from one paragraph to another. The same should hold true for your punctuation marks.

Copy with mixed straight and smart quotes looks sloppy and slapdash. It tells your audience, subconsciously or otherwise, that your copy was stitched together and not crafted as a single, coherent message.

Using consistent apostrophes and quotation marks is key to clear and clean copy. Smart or straight, your quotes need to be consistent. When you make the effort to use consistent quotes, you’re showing an extra level of care and attention to your copy and, by extension, to your reader.

Don’t have time to triple-check that all your punctuation marks are smart? Schedule a call with Sigl Creative. Our expert copywriters will make sure your business is communicating clearly and consistently with your audience, down to the tiniest details of punctuation.

PrevPreviousCopywriting for Beginners: How to Write a Paragraph
Next4 Marketing Mistakes Nonprofits Make (and How to Fix Them!)Next